Our Blog has Moved!

If you're wondering why we haven't posted a story here lately, it's because our blog is now found right on our new website, which you'll find here.

We'll leave our Blogger site active, as it has a great archive of our posts from 2011 to early 2018. 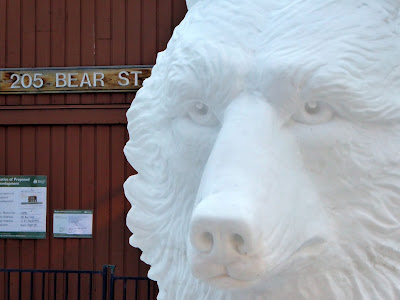 We are in the middle of the Annual "Snow Days" festival in Banff and Lake Louise, and that means wildlife shows up in unexpected places, courtesy of talented snow and ice carvers. Banff's snow sculptures on bear Street are really impressive this year, and include a wolf, a lynx, and a trio of bison. 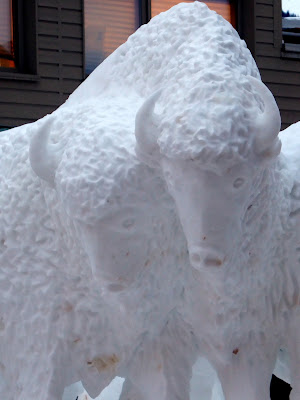 Here in Lake Louise, at the Ice Magic Festival, there are frozen bears, wolves and Northern Lights.

The carvings and sculptures usually stay in pretty good shape for a couple of weeks, so if you are in the park, check out downtown Banff or the shore of Lake Louise for some frozen art. 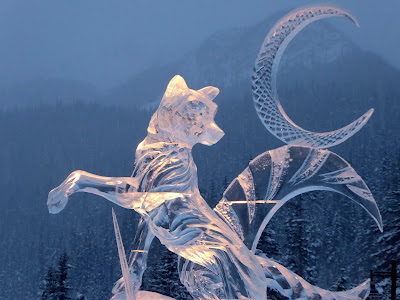 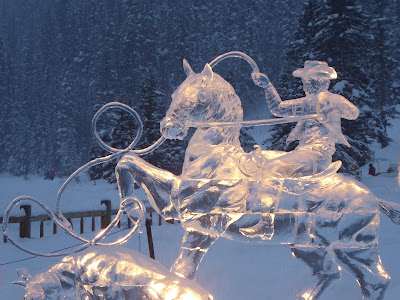 By the way, if you are wondering what wildlife is really showing up on the streets of Banff, an RCMP officer picked up this image of a cougar on his dashcam video a couple of weeks ago.

Happy New Year everyone, and in what we hope will become an annual tradition, here's a little look back at 2017, from the widest angle:

1. Lee on the way up the Cataract Valley in January

2. Near Bow Lake in March

3. April in the Pipestone Canyon

4. The Valley of the Ten Peaks in early June

Then I lost my camera, and didn't get a new one until the beginning of December...

We're having a glorious skating season in Banff Park so far this winter. We've been on Bow Lake, Waterfowl Lake, and Lake Louise, and many other lakes and ponds have been exquisite. But the real proof is this: after twenty years of watching and waiting, we finally got to skate on Hector Lake, the second largest in Banff Park. 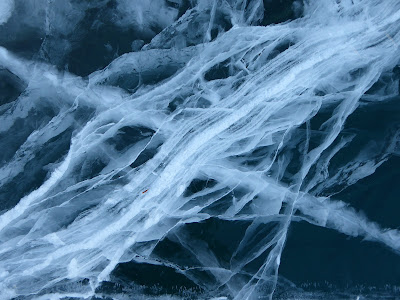 The ice came in sometime last week, and by the weekend, we made the 2 km trek to the lake, hoping it would be ready. It was, and this morning I returned, with camera in hand.

There are many beautiful things in the world of nature, but lake ice deserves an art gallery of its own. I hope you enjoy this mini gallery (click on these to see them at full size).

A Million Stars in Broad Daylight

Yesterday, I (Joel) was out hiking with some friends, and we passed from bright sunlight into the shadow being cast by Mount Temple.  We looked up at the sharply etched silhouette of the east ridge, and were stunned, because in the glow, it looked like the stars were out.  There were millions of points of light! 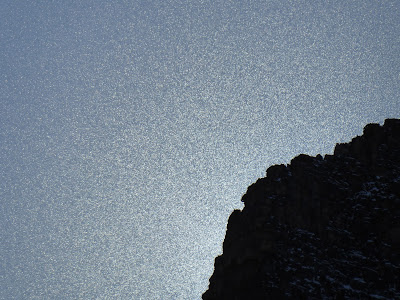 We looked through the binoculars, and the "stars" were all moving, dancing in the air. What were they?

I figured it out today: on the return trip from another hike in the high country, with my face towards both the sun and the strong west wind, I passed through a patch of fireweed, the answer was sudenly all around me...


Seeds.  Fireweed seeds.  They are the size of a fleck of cracked pepper, and come with their own parachute of fluff -- the lightest fluff imaginable.  On warm fall days, the seed pods split open, and the wind picks up billions and billions of seeds.  They are sent skyward, flying over the mountain tops, to land wherever the wind carries them.

So we didn't just see stars: we saw shooting stars!

ps: a few years back, I tried to count how many seeds were in just one pod on a fireweed plant. Here's what I came up with. 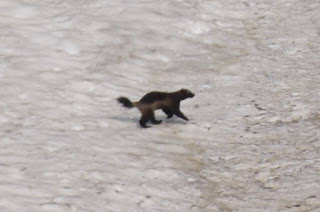 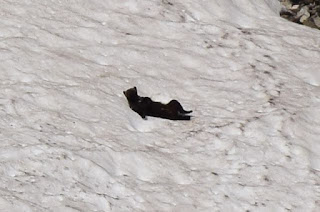 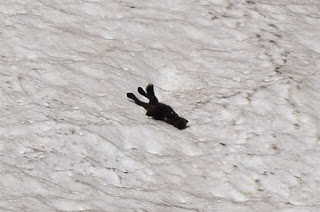 Ladies and Gentlemen, the Beetles! (the fire beetles, that is)

This week, during a mini-vacation to the Columbia Mountains, we got to watch the Prairie Hill Fire in Glacier National Park, a couple hours west of Lake Louise. On the same day we left for our trip, the B.C. Wildfire Service confirmed that the province of BC is experiencing the worst wildfire season on record. This is no surprise to visitors of the Rockies this summer: there have been a lot of smoky days, and lots of grumbling. 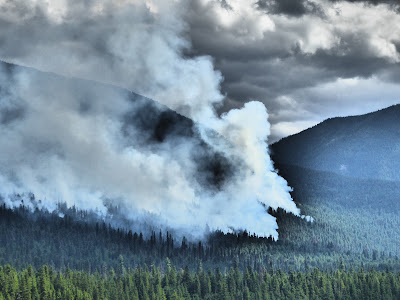 But fires are as natural as air and water in the mountains of western Canada. Everything from hummingbirds to grizzly bears thrive in the aftermath of burns, and the latest creature on this list that we've learned about is the fire beetle, Melanophila acuminata.

These are jet black beetles that manage to show up in large numbers during fires, where they mate and lay eggs in freshly burned trees.

Ecologists used to wonder how they managed to get to fires so quickly. The answer is amazing: Dr. William G. Evans, a retired prof at the University of Alberta, was the first to show that these beetles can detect infrared heat sources using paired receptors situated on the thorax. Apparently, they can detect the heat signature from a fire from over 50 km away!

We're guessing that there will be a lot of happy fire beetles out there this summer.

PS: if you're wondering about the smoke, it comes and goes, but we've never had more than a couple of days in a row of poor visibility before things clear up again.